from PART TWO - ANTISEMITISM AND THE LEFT 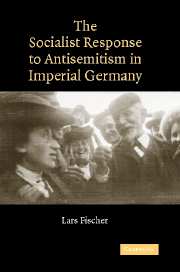