from Part II - Social Citizenship: Health in the Welfare State 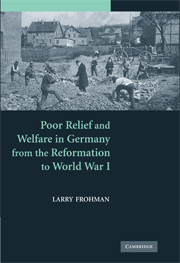