from Part One - Before the Great Encounter 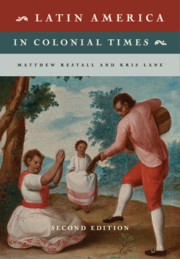 from Part Four - The Age of Change

from Part Three - The Colonial Middle

from Part Two - The Long Conquest

from Part Four - The Age of Change

from Part Three - The Colonial Middle

from Part One - Before the Great Encounter