from PART I - RETHINKING THE POLITICAL ECONOMY OF TRADE: COMMENTS ON DANI RODRIK'S STRAIGHT TALK ON TRADE 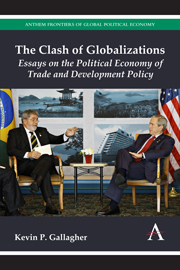