from Part III - The “Fissured” Workplace 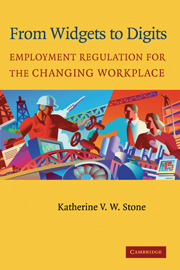