from Part I - Conceptual Approaches to Smart Mixes 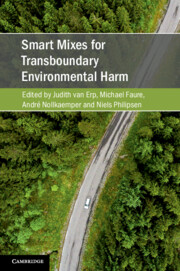