from Part II - International standardisation and the World Trade Organization

from Part III - The interaction between WTO law and monetary affairs

from Part VI - Extensions: the relevance of the ‘trust theory’ of integration in the context of the WTO 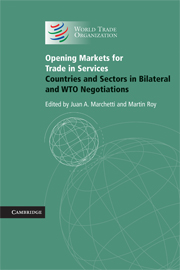