from Part IV - Reception and afterlives 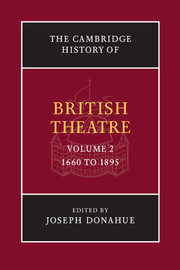 from Part 2 - Performance and context