from Part II - INTRAPARTUM AND POSTPARTUM 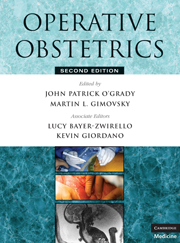 from Part II - INTRAPARTUM AND POSTPARTUM

from Part I - ANTEPARTUM

from Part I - ANTEPARTUM