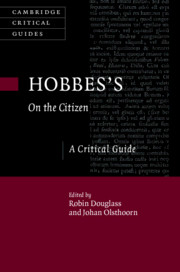 from Part I - The History of Natural Law Ethics

from Part I - Historical Background