from Part A - General Theory 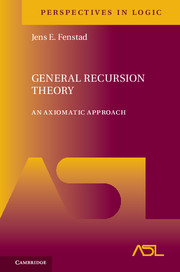 from Part A - General Theory

from Part B - Finite Theories