from Part I - (Con)Textualizing Discourses 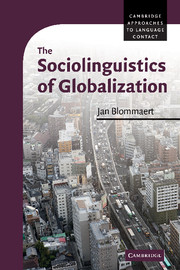