from Part V - Goals and Values

from Part I - Concepts and Processes of Self-Regulation 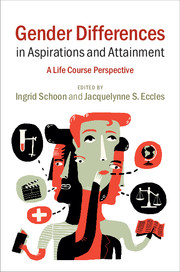