from Part I - The Simultaneous Multiple-Round Auction 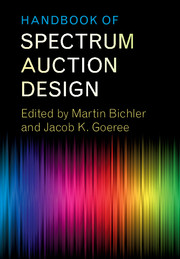