from Section One - General principles of medical genetics 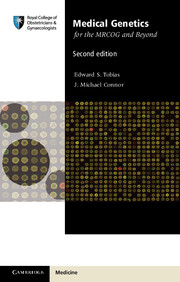