from PART A - PHYSICAL AND NUMERICAL TECHNIQUES 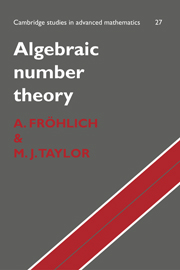