from Part Two - Consolidating international organizations: The mobilization of social capital and the standardization of interpretive processes 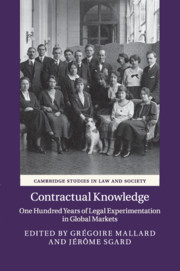 from Part V - The challenge of balancing public and private ordering

from Part I - Legal Institutions And Private Actors