from Part II - Common psychiatric problems across the general hospital 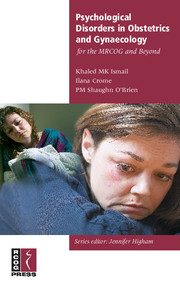