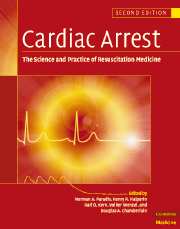 from Part III - The pathophysiology of global ischemia and reperfusion