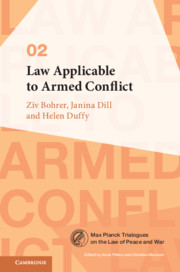 from International Criminal Law and Cooperation