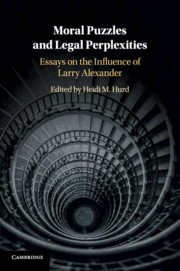 from Part I - The Normative Meaning of Actions