from Section 1 - Cooperative Issues in a Global Overview 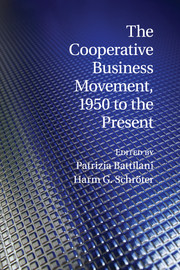