from Chapter 8 - The Great Persecution and Imperial Ideology: Patterns of Communication on Tetrarchic Coinage

from Chapter 8 - The Great Persecution and Imperial Ideology: Patterns of Communication on Tetrarchic Coinage 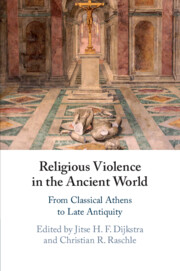