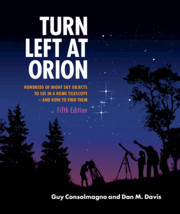 from Part III - Philosophical, theological, and moral impact: How do we comprehend the cultural challenges raised by discovery?