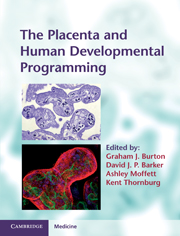 from Part I - Basic science

from General discussion I