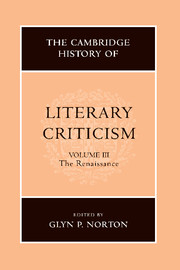 from THEORIES OF PROSE FICTION

from THEORIES OF PROSE FICTION