from Part I - The Historical Context of Logical Empiricism 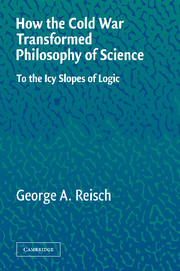