from Part I - Rule of Law at the International, National, and Transnational Levels 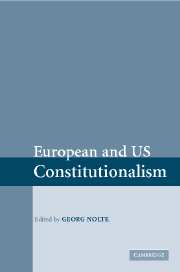