from II - City and society

from Part One - Building the myth: Branding the green global city 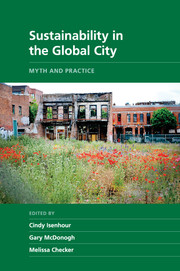