from Part 3 - Economic expansion of the colonies 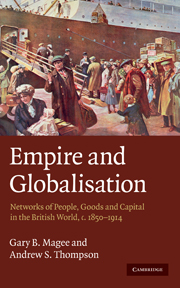