from PART I - SLAVERY IN AFRICA AND ASIA MINOR 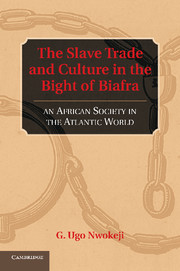