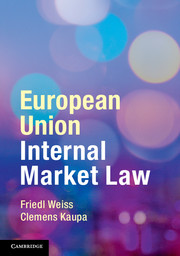 from Part V - International investment and the European Union