from Part II - Powers and functions of the consulship 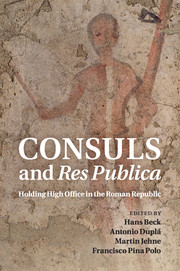