from Part I - Power in Close Relationships: Theoretical Perspectives 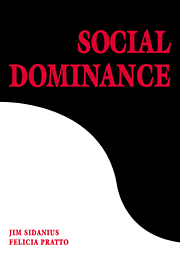