from Part III - Prejudice Reduction and Analysis in Applied Contexts 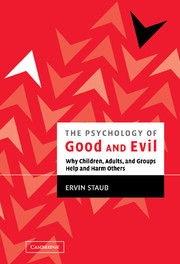