from Section II - Outcomes and Processes 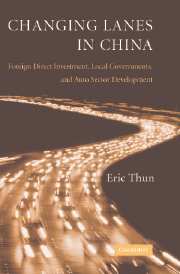