from Part I - Risk Overviews

from Part II - State of the national art on risk

from PART I - Country reports 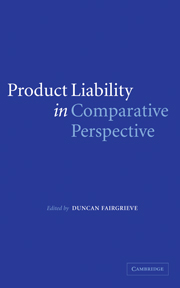