from Introduction and Context 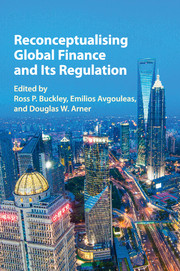 from Part I - Monetary cooperation, trade and finance