from Part II - Transcending anthropocentrism: How do we move beyond our own preconceptions of life, intelligence, and culture? 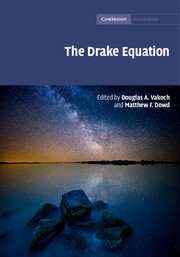