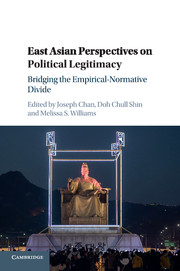 from Part i - Confucianism and Confucian East Asia