from PART II - National Socialism, War, and the Holocaust 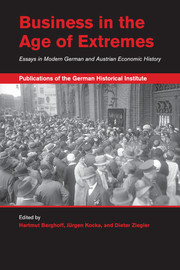