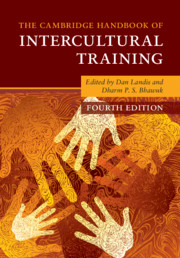 from PART II - TOPICS AND THEMES

from PART III - APPLICATIONS AND IMPLICATIONS