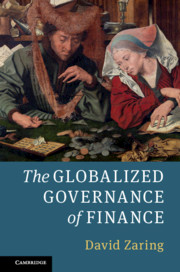 from Part III - Adjudication and Divergent Models of Justice