from Part III - Critical Perspective on Public Reason in Courts 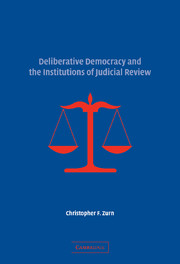