from Section 4 - Comorbidities of adult ADHD

from Part I - ‘Dysempathy’ in psychiatric samples 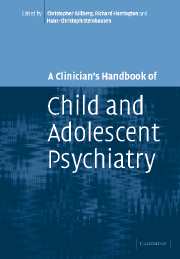