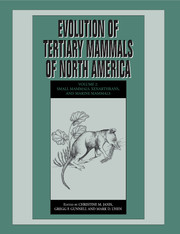 from Part I - Non-eutherian mammals