from Part I - Consumer protection strategies and mechanisms in the EU 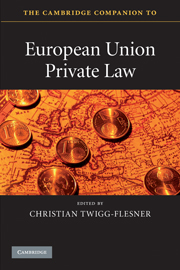