from Part IV - Euthanasia in Belgium 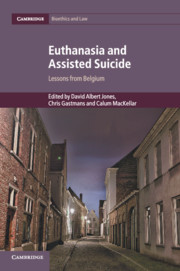