from Part I - What Remains: History and the Constitution

from Part III - Transformations and Legacies 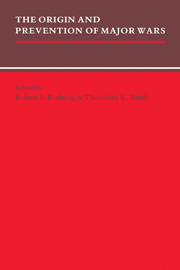