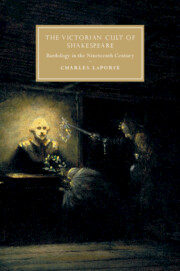 from Part II - Women’s Poetry in the World

from PART II - Negotiators’ Perspectives on the WTO Accession Process